Has social media taken over our lives?

During my recent visit to Italy I really noticed the importance of the mobile phone to the average Italian. I walked through the centre of Milan and almost no body was talking to each other. Everyone had their ear attached to a phone or speaking through some hands free device in order to avoid in the inconvenience of actually holding the small portable device! Thousands of busy Italians with a loud buzz of chit chat. Who are they talking to? Each other?

It was said that when mobile phones first came out the Italians had the highest number per person, many with numerous handsets. It has become a major fashion accessory.

I am not one to talk, I generally do have my phone/ipad etc, but I do like social interaction too. As a sales person, I guess I would struggle if I didn't! On a more serious note social media/social devices are contributing to a rise in Social Anxiety Disorder. This is a phobia that generally starts at a young age, it is an intense fear of social interactions/situations. As most children nowadays have a mobile phone and are exposed to social media, are we setting a generation up for a major social problems? On a larger scale , this anxiety disorder can often lead to depression and drugs. 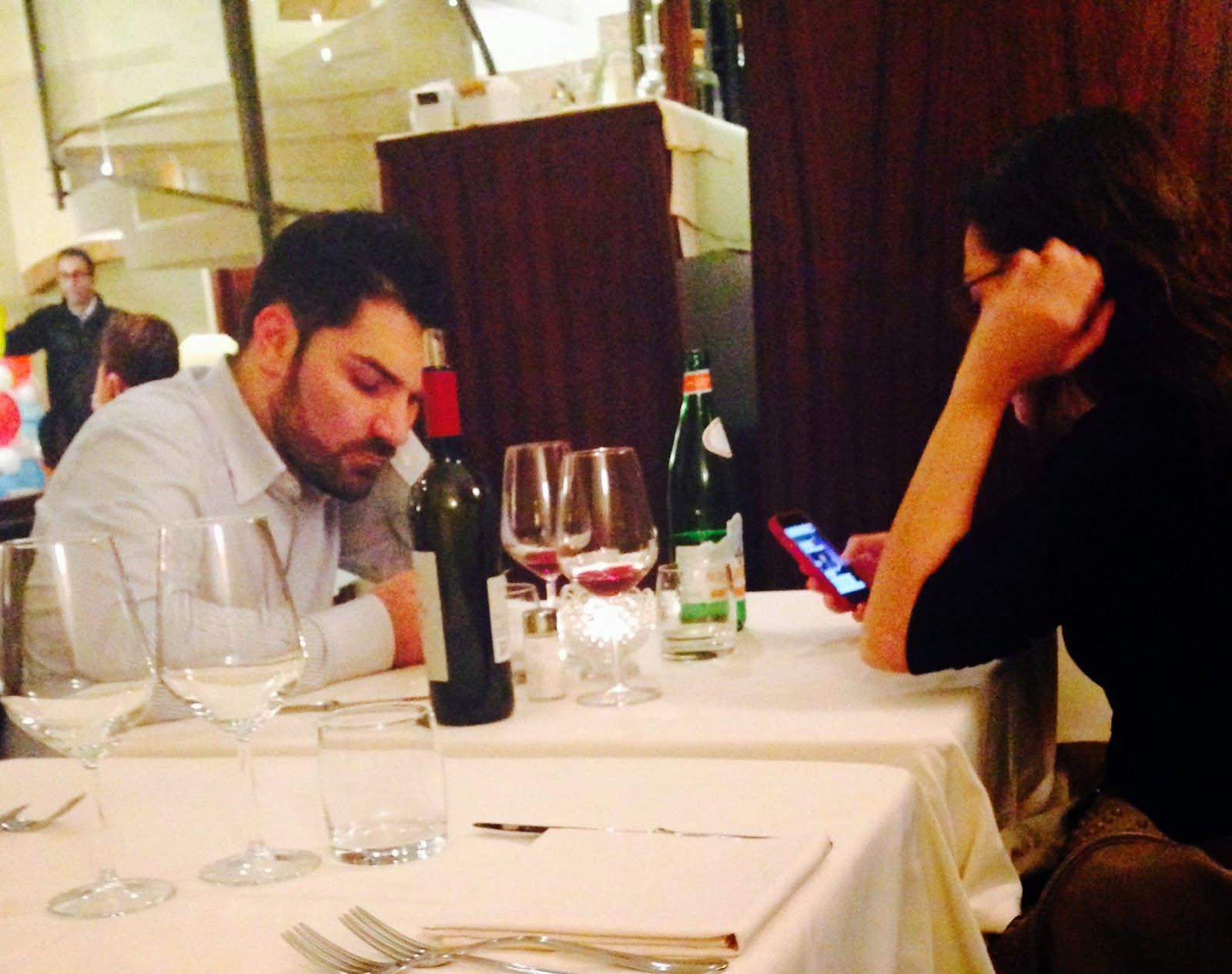 I took this photo whist sat in a restaurant in Italy. It really caught my attention as Italians are famous for their Latin passionate personalities. They are renowned for being the best lovers in the world, so to see a couple in "love" totally ignoring each other and instead scrolling through Facebook kind of summed up everything I have been saying. Why go out to a nice restaurant with your partner to spend the evening tagging yourself, Tweeting or texting? much cheaper to stay at home and do it!

So put your device down, go and have a walk or EVEN a real conversation face to face with someone. The break will do you good.
Labels: depression social anxiety social media