Firstly, apologies for the for lack of posts. I have been working in Italy for a week. We have been visiting customers in Milan and around Lake Como. Sounds very glam, not quite the case, but I'm not complaining, I had a little more time on this trip than usual. I was hoping to catch the end of Milan Fashion Week, no such luck though!
I collected some pictures whilst I was away to share with you and wanted my next couple of blog posts to be based on Italian style, what I wore, what I saw etc, but unfortunately travelling home we had the day from hell. It started early, which does not suit me anyway. We were stressed trying to get to the airport during Bergamo rush hour, when Ian, in a stressed state drove into the curb at a little more force than perhaps he should have done, resulting in an exploding tyre:-( This led to an even more stressed Ian, who in his panic accidentally left one of our suitcases in the hotel. Unfortunately, in our hurry we did not realise this until we were checking in. We had no  idea where the suitcase was and eventually decided that it had been stolen at the side of the road whilst changing the tyre. We tried to recall what was in the case, hmm, just some clothes, not the end of the world. We had a moment of horror when we realised that actually the car keys were in it (the car was at Manchester airport), the house keys and our camera! Fortunately, we received a call from the hotel saying that the case had been found, phew! However, we are still waiting for it to be returned. Until now, it is still sat in a lobby in a hotel in Bergamo...with my camera! So, the Italy posts are postponed until we see the return of the missing case!
In the meantime, I thought that I would look at Vintage fashion. 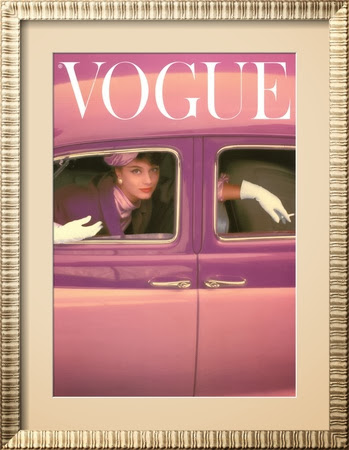 I adore Vintage inspired clothes. They are so feminine and ooze elegance and sophistication. Many fashions come and go, but vintage trends are timeless and classic. For a woman they can make you feel quite glamorous in a world where it is the norm for women to dress like men. They also give you a sense of quality. Nowadays, they are quite quirky and very on trend.
One of my favourite vintage inspired brands is Miss Patina. Miss Patina is a reasonably small collection that it not that well known, yet does have a massive following. Miss Patina has recently opened a store up in China, due to the huge success that it had with it's Chinese clientele. I believe that this is due to it's feminine, girly style which is popular in the Asian culture. Miss Patina clothing is vintage with a modern twist.

Sally, from London demonstrates this so well in this Miss Honey white lace dress which she ingeniously dresses up with rocker black boots and bright red lipstick, giving a very feminine girly dress a real biker edge.

Here are some other favourites of mine:

This was one of my summer favourites. As predicted it sold out very quickly. I lived in this most of the season. It was perfect for any occasion, but I often wore it for work as it was easy, practical, smart and uber chic. I loved the "frenchness" about it. I felt like I should have been walking down the banks of the Seine every time I wore this!


This feminine number is just so PRETTY! I think this is the only word to describe it. It is just so girly. It will clearly never go out of style.

I am very excited to be currently picking out my choices for the autumn/winter collection. The problem is I like them all! This is un-doubly the best part of the job, it's like a mad spending spree, I just have to remember it's not just for me! I will admit the only issue I have with Miss Patina is the clothes are not made for the larger lady, which I think is a real shame, they are all so pretty, everyone should be able to enjoy them.

Seeing as I am in a "Vintage mood" I have put together a little day outfit which I think it just fab. It cries vintage, but it also has a modern, sophisticated edge to it:


What are your favourite vintage trends?